Sneha and Vijay’s wedding by CG and Co

We were set up by Vijay’s (Groom) cousin, who is also Sneha’s friend in 2016. We had had several chance encounters over the years but had never spoken in length. Vijay’s dad’s best friend lives across the street from Sneha. During his father’s friend’s son’s graduation, Vijay stayed at Sneha’s house, who had just moved into the neighborhood a few months earlier. We didn’t talk to one another or remember seeing the other person. In 2009, Vijay moved to India to start working at a pharmaceutical company. Sneha was on vacation and went to India to visit family. We both attended the same brunch which was hosted by a mutual family friend from Long Island. While we recall seeing one another at the brunch, we didn’t speak at brunch although there is one group photo showing both us on opposite ends of the photo.

We became Facebook friends but didn’t stay in touch. Over the years, Sneha met and became friends with Vijay’s youngest cousin, Priyanka. Priyanka set Sneha up on several blind dates that didn’t work out. In 2016, a mutual family friend was getting married and we were both invited. However, Vijay opted not to attend the wedding because it was the last week of business school. At the wedding, Vijay’s mom met Sneha and said a person like Sneha shouldn’t be single. Vijay’s mom reached out to Priyanka and told her to set us up. Several weeks later, Vijay moved to New York and Priyanka set up a group dinner on Vijay’s second weekend in the city. In order to make it happened, Sneha had to switch her medical call.

We instantly clicked due to our sense of humor which was affirmed when Vijay referenced a joke from the TV show, Arrested Development, which Sneha immediately got. After dinner, the two us went bar hopping from the West Village to East Village. Vijay found out that Sneha liked sushi and promptly made a reservation at Sushi Nakazawa for two weeks later as a second date. Both of us thought the first date, which lasted 7 hours went well, but due to Vijay’s social ineptitude, he forgot to ask Sneha for her number when he dropped her off.

We are a long-distance couple so we have to make opportunities to see one another which includes Vijay spending his day in the call room as Sneha does 24-hour calls.

Vijay proposed to Sneha in Tuscany in October 2017. The couple planned a one-week Italian food tour that included a stop at Osteria Francescana, which is rated #1 in the world. Vijay proposed at the Castiglion del Bosco winery after a private wine & cheese pairing.

The bride, who is in her medical residency, and the groom, who works in pharmaceuticals in NYC, chose Washington, DC as the location for their wedding due to the mid-point location from where the couple live and where the bride’s parents live (in Richmond). The couple wanted every element of their wedding to unique and special for not only themselves but for their guests as well. While tradition was extremely important for their South Asian ceremony, they wanted a more modern and clean feel for the look and feel of the weekend. As guests arrived at their respective hotels, they received a custom brightly colored welcome agenda with a breakdown of all of the events taking place throughout the weekend.

The Rolling Hills of Northern California 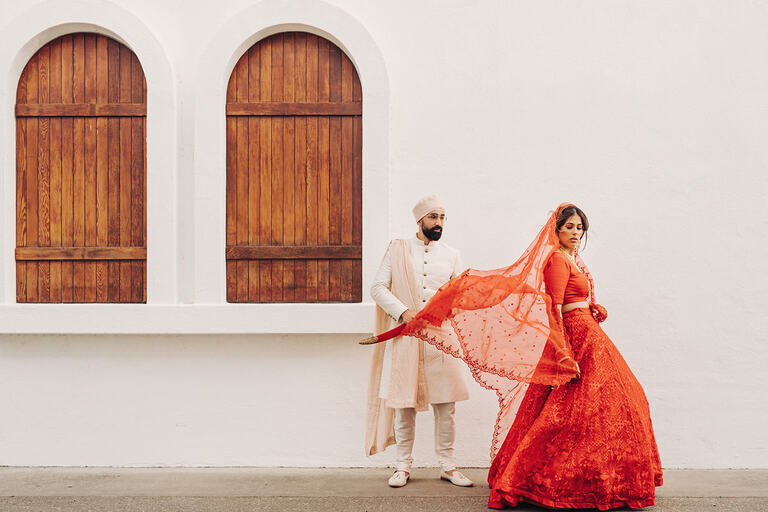 Our love story started in high school and it was centered around basketball, I was a fan of the Sacramento Read more

The wedding of Pooja and Emil 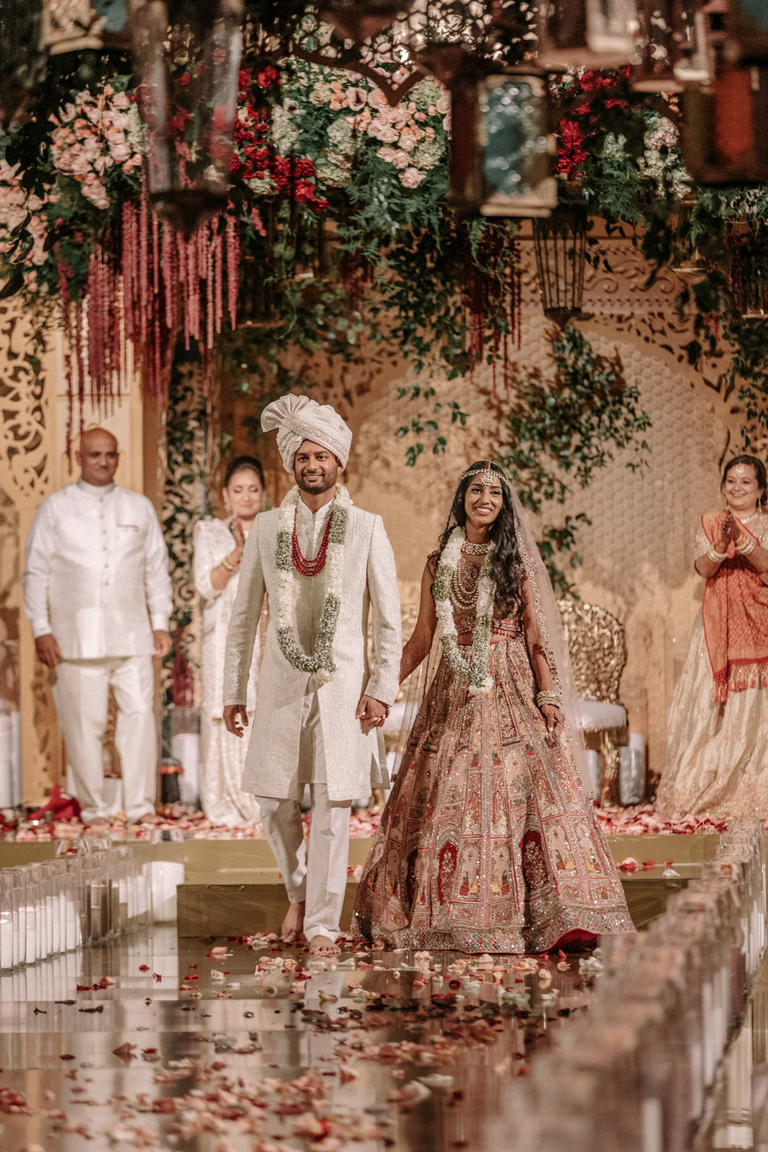 Wedding of Mauli and Veer 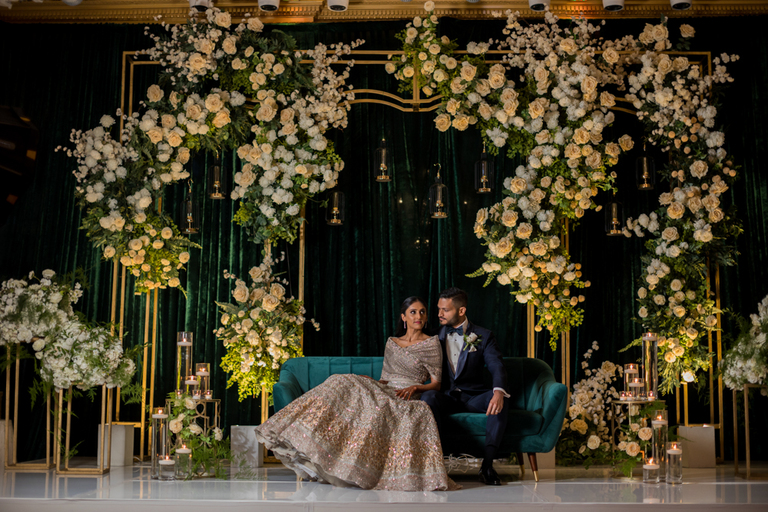 Veer and Mauli first crossed paths on an online dating app. Their first date was at a romantic New York Read more

Love story of Puja and Vamsi 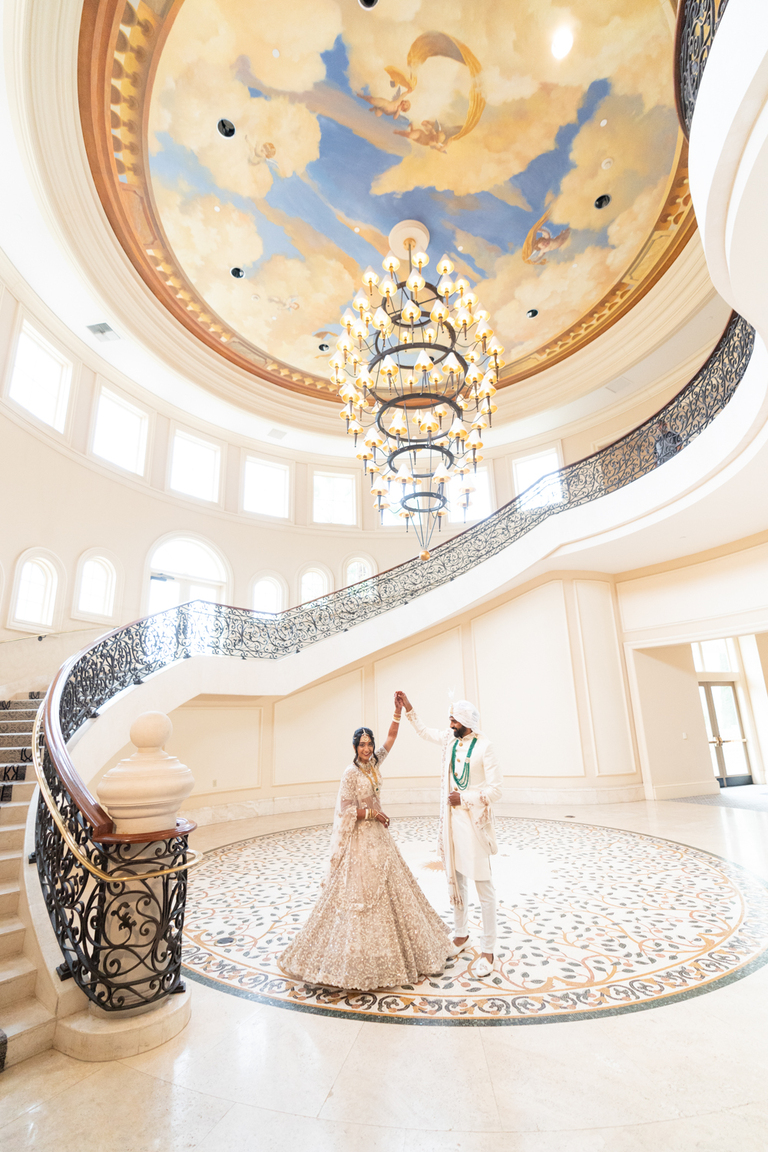 Our love story started in the idyllic countryside town of Harrogate, TN where Puja and I were both in medical Read more 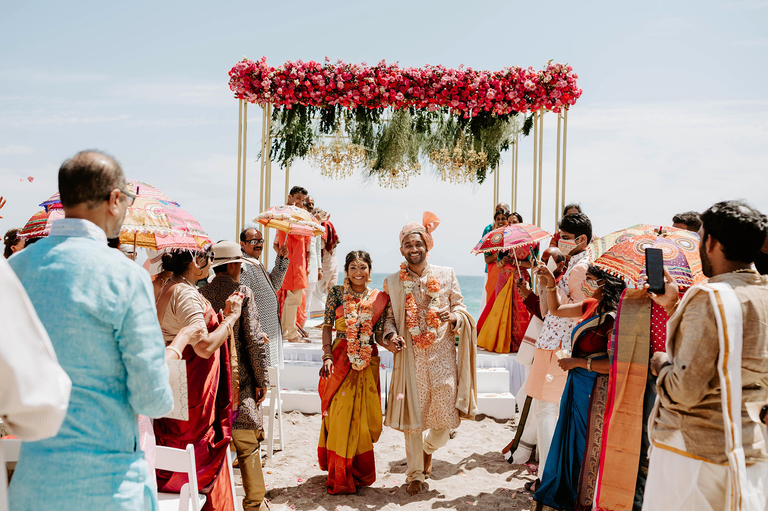 Prithvi and Ranish traveled to their favorite destination, Los Cabos, for their destination wedding.  "My husband and I started dating Read more 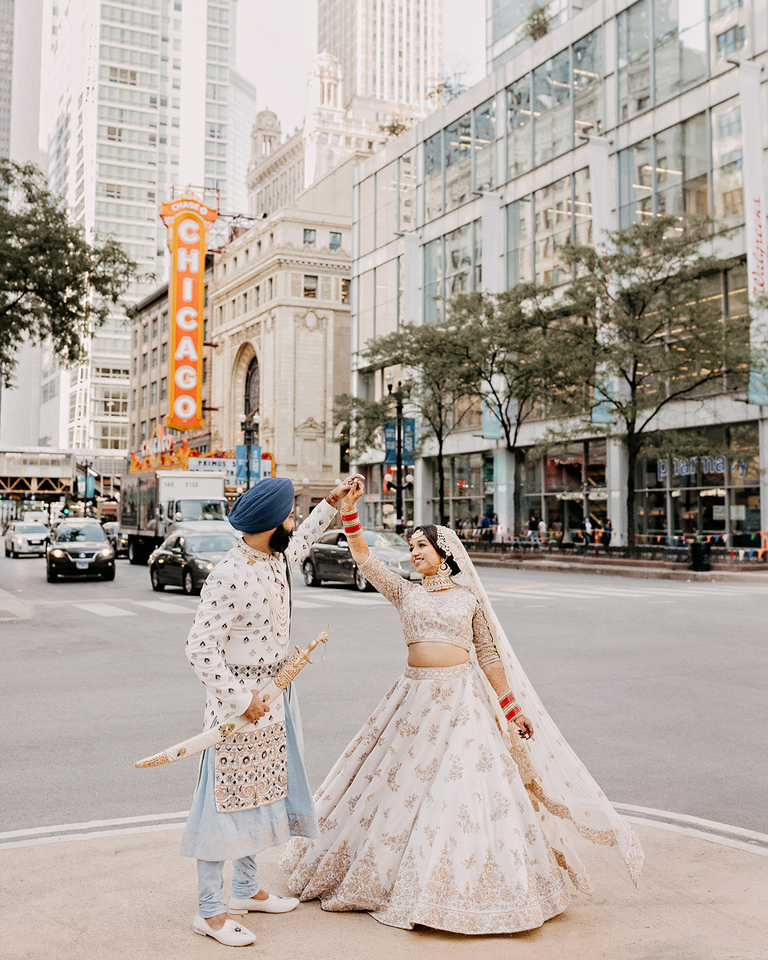 Harpreet and Kirndeep tied the knot in the city of Chicago.  They started their day with taking photos around the Read more 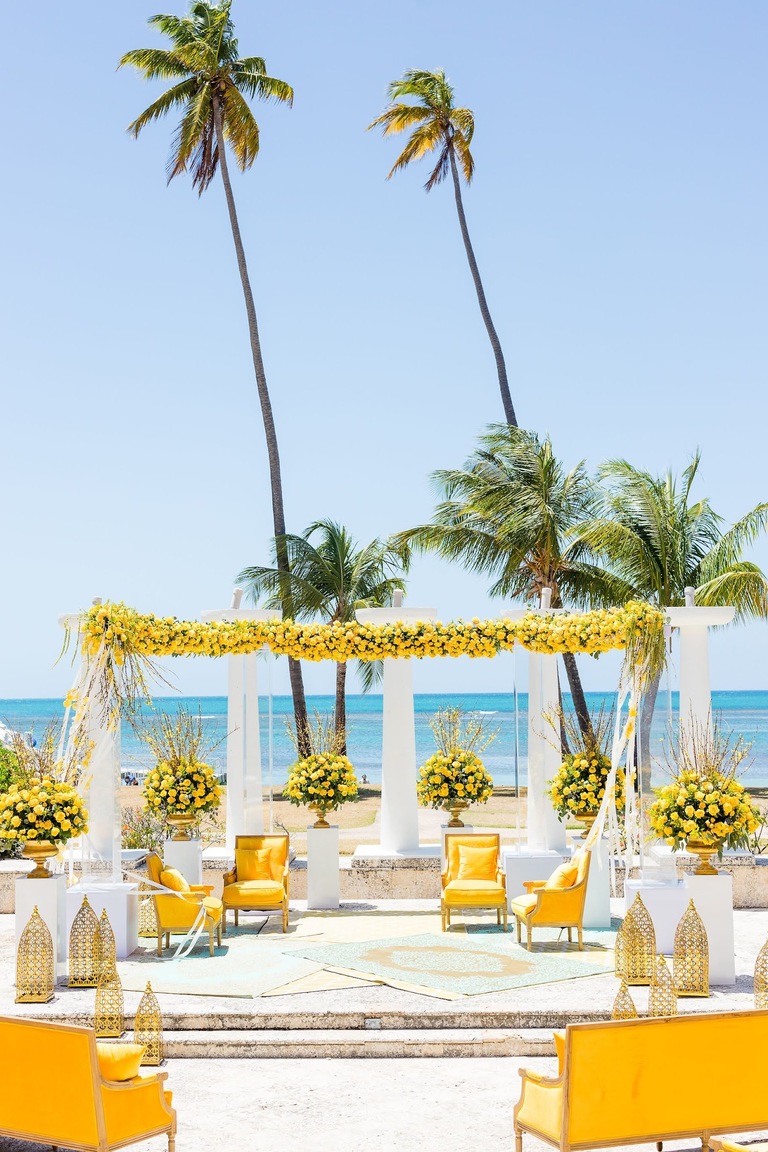 Karishma and Vikas met in college at the University of Georgia, and dated for several years. Vikas ultimately proposed in Read more

The Secret Garden Wedding of Ooha and Rahul 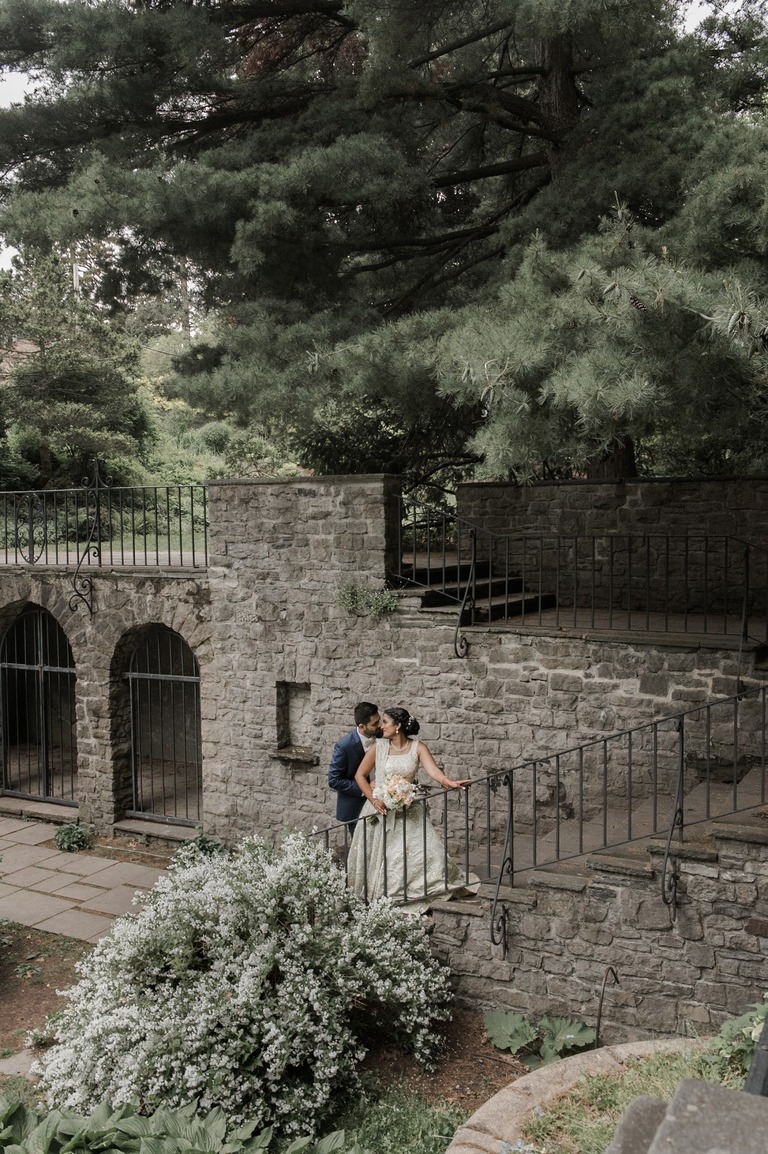 Rahul and I met in Geneseo at our college union at a south Asian cultural club meeting. I was a Read more 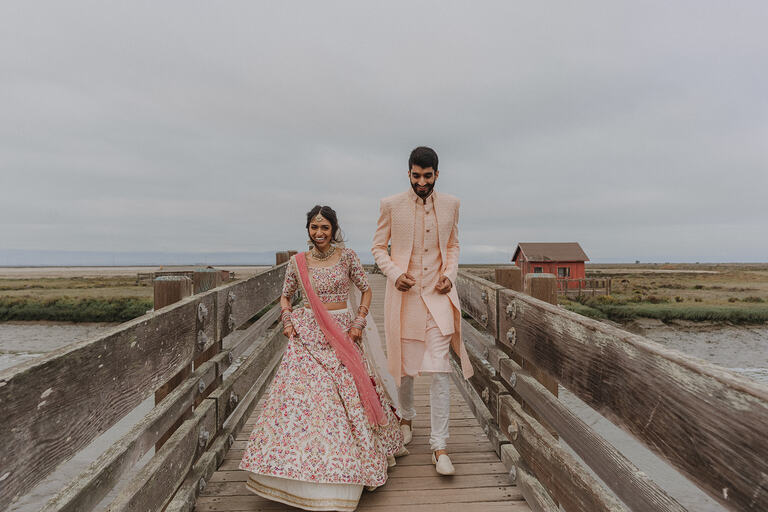 Dev and I met through my now brother-in-law! He is good friends with Dev and of course knew me through Read more

Multicultural wedding of Sylwia and Ricky 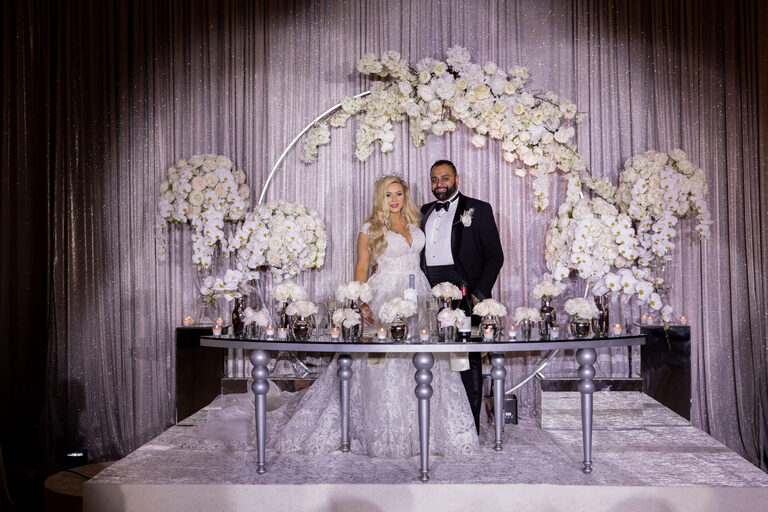 Sylwia and Ricky's love for one another is a celebration of their differences and what unites them. While their Polish and Read more